I wrote this piece a number of years ago - can't remember exactly when, but it had to be before 2001, maybe earlier, because that's when I submitted it to "Dropped Threads", the anthology that Marjorie Anderson and Carol Shields were putting together - stories by women about things that we hadn't been told.
I had the following response in December, 2001:
"Your proposed topic, "Silence Around Sex", caught our interest because of its unique angle and your writing style. We invite you to send us a full piece of about 2000 words on this topic."
I sent it, and received later, date unknown, this critique from Anderson and Shields:
"An energetic, candid account that has an appealing freshness and honesty to it."

I didn't make the final cut for publication, and somehow forgot about the invitation to have it posted on the website for reader perusal, so the work has simply languished in my files ever since. But now!! Here it is for the world to discover and enjoy, much like myself in discovering "the bum beat".

My first orgasm arrived like a secret lover stealing into my bed in the night. Ten years old,
second daughter in a Catholic family of then six, later eight children, I lived in a naive and uncomplaining isolation. The business of life: ("Set the table; go outside to play; go to the store for me") formed the conversation in our home, not any personal small talk. Thoughts, wishes, dreams, ideas, fears, or even mundane recountings of the day's events were never communicated. There was no tendency to share, not even, it seemed, the memory of any interest. My private and closed world, my self and soul, were enclosed by regulations established in a pre-verbal order. I never questioned. I never rebelled. It goes without saying that sex was not discussed.
And so my sexual awakening was truly that. I awoke one morning with the sweet memory of a thitherto unknown sensation. And, in my unenlightened and inexperienced solitude, having no awareness of the existence of sexual organs, I reasoned that this enjoyable throbbing, which I found I could repeat endlessly by manipulating the general area of the toilet functions, must be connected with the bum. It's what I knew, in any case, so I called this satisfying pulse "the bum beat".

Another time, I was just lying nude, my stomach to my man's (also nude) back, and just squirmed myself to orgasm: no plan, no expectation, no manipulation, no "spot", or method. This serendipity also occurred relatively late in my sexual career, after imagining that I'd done it all - proof to me not only that I hadn't, but that "being" does indeed conquer "doing" sometimes.
I always come back to the bum beat, like an old and dear friend. It has prevailed, rolling over men's ignorance and the other numerous trials of life that come my way. It has been the succour to hurts and frustrations, fatigue and the limitations that life encounters. Once when I worked in a government office, the environmental tension was so great it forced me into the washroom during my break, just so I could get myself back to normal. Now, so many years and lovers later, I find comfort, freedom, creativity, and, dare I say, spiritual connectedness in this expression of life's most constant and commanding force. The orgasm is the essence of our beings, the wave we rode in on; it was our first sense of ourselves, and we were alone. Personally, I like to return to that old self. I need my place in the cosmos, my isolation, to be my choice and I need it to feel good.
The bum beat, in its primal position, perseveres and is true, like the heartbeat, in dignity and confidence.
The bum beat rules.
(30) 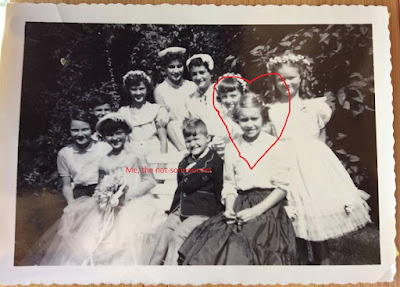 Posted by bluesinger at 7:35 AM