The HOO HA first:
A friend boarded the Toronto commuter train the other day downtown at Union Station, and headed east towards Peterboro.  The first stop is very close to my place and passes the small park at the end of my street.  So he phoned me and I ran out to my front door with my bright red shirt (pictured above when i was singing in Ireland, and what do you know? - also below last October).  Well, I like that shirt, and it made a very visible flag for when i waved it madly as the train passed and he could see me out there like a fool in winter.
And last Friday we had a lot of fun performing in Canoe FM's Radio Hall.  Lots of people came out and they enjoyed themselves immensely, which of course meant we did too.
That band is always fun.
I don't have the photos yet, but here's the gang in the fall: Ian Pay, Paul Greco, myself, John Deehan, and Paul Chilco.  I will post more later, but in the meantime, listen to canoefm.com this Thursday at 6pm to relive the music (hoping the recording is true to the live sound) 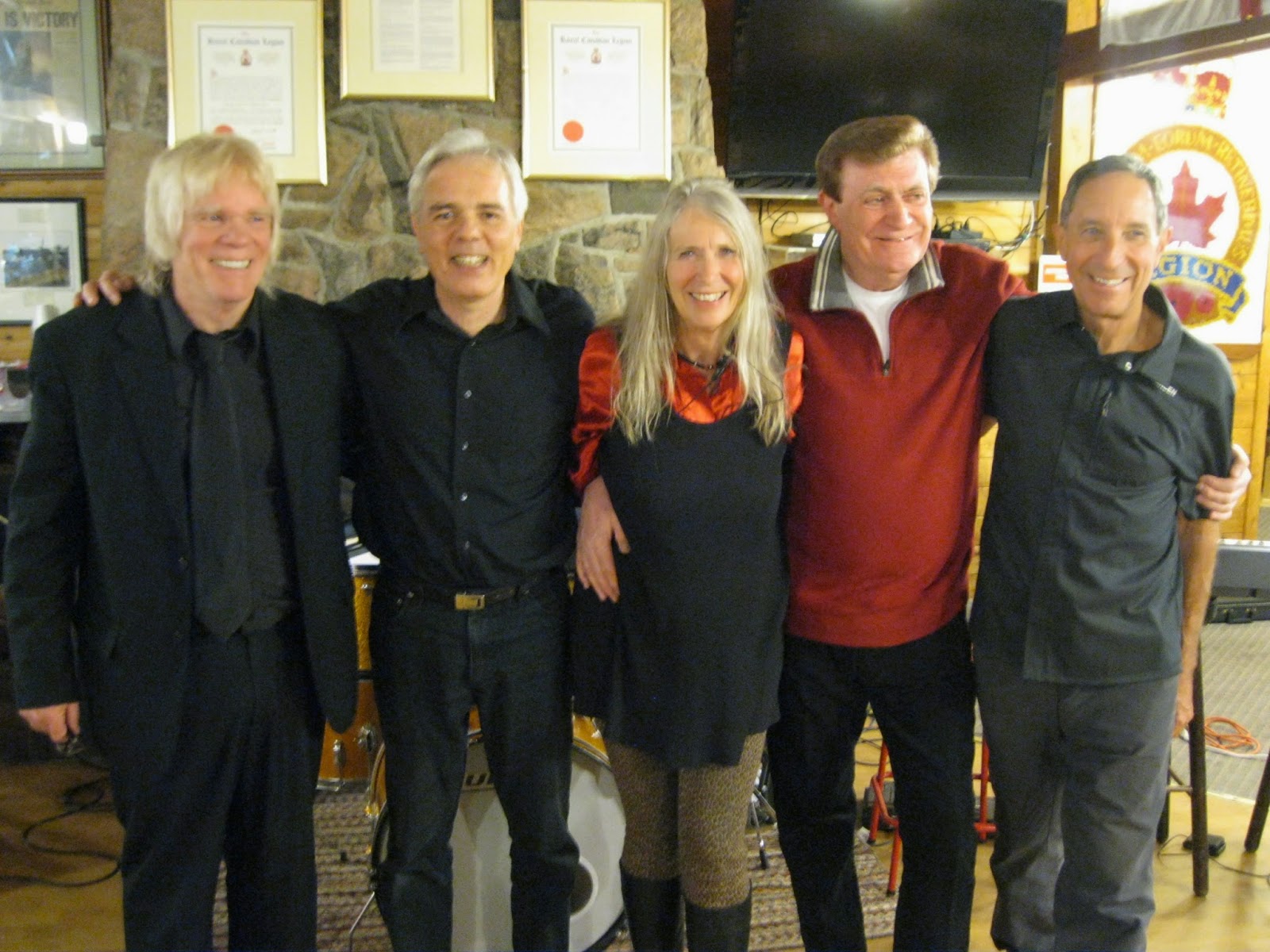 and last night was the Maple Blues Awards, also always fun.  Here's me and Harpdog Brown, winner - with Guy Belanger - of harp player of the year: 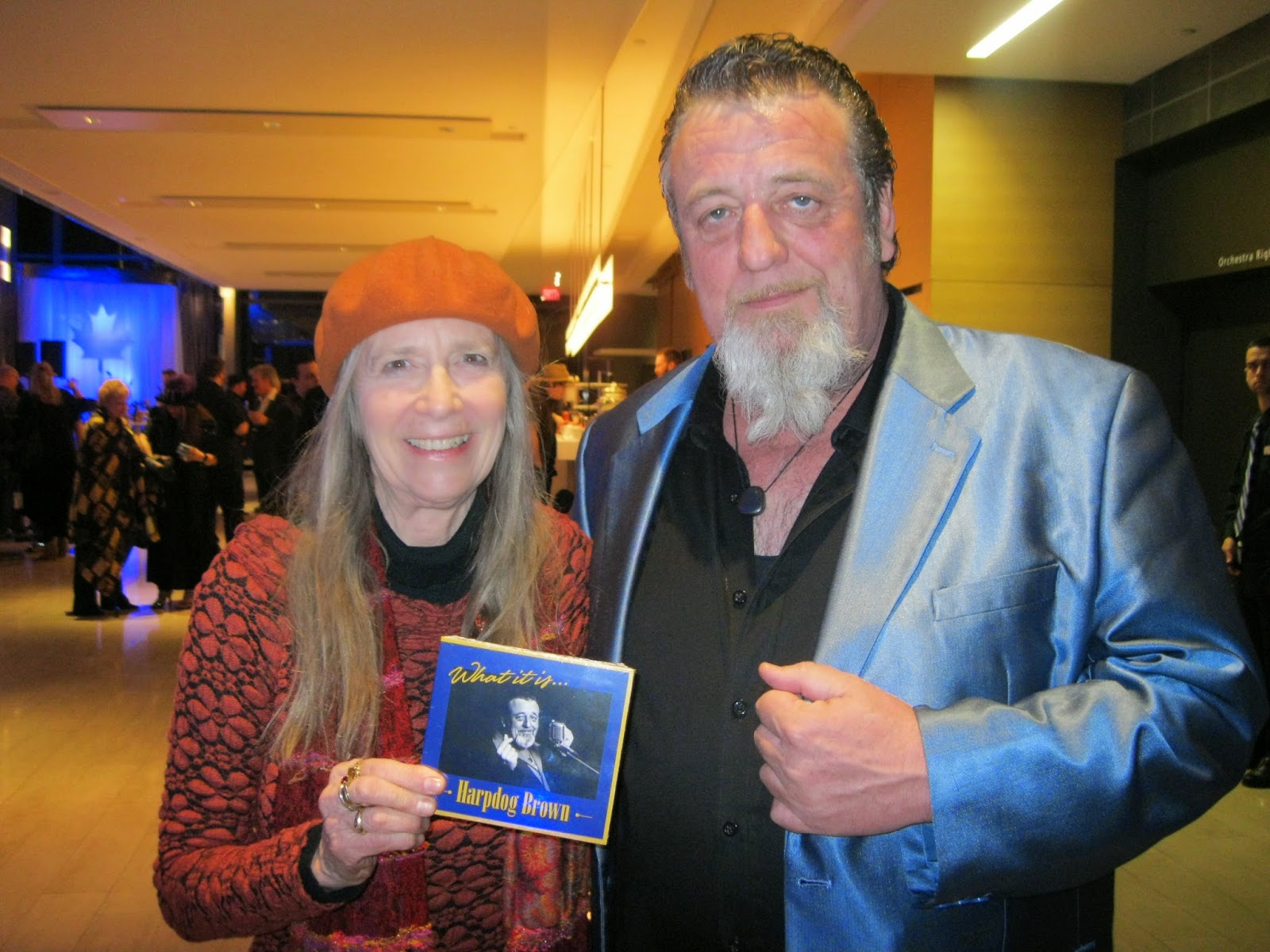 Posted by bluesinger at 3:14 PM No comments:

This numbing cold (praise the Lord) is quite challenging, but at least we have warm houses (the lucky ones, praise the Lord), and beautiful, whimsical etchings on a morning's window that look like angels: 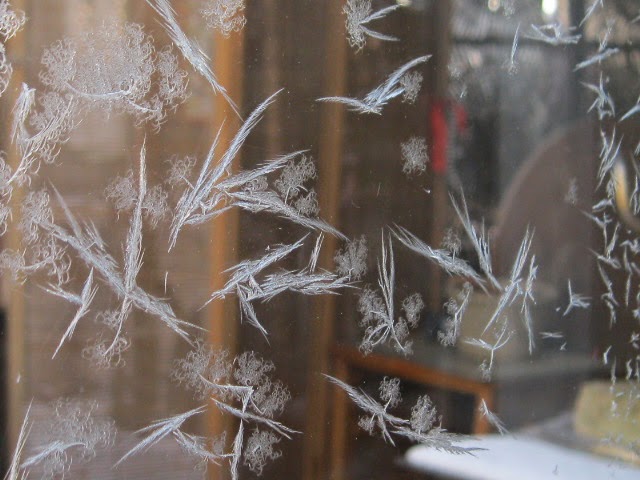 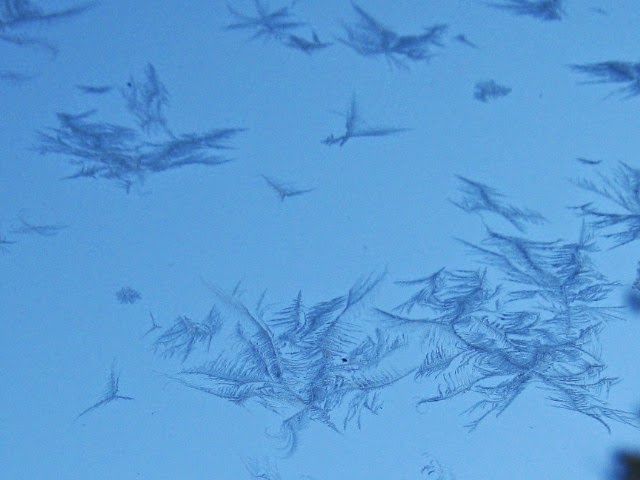 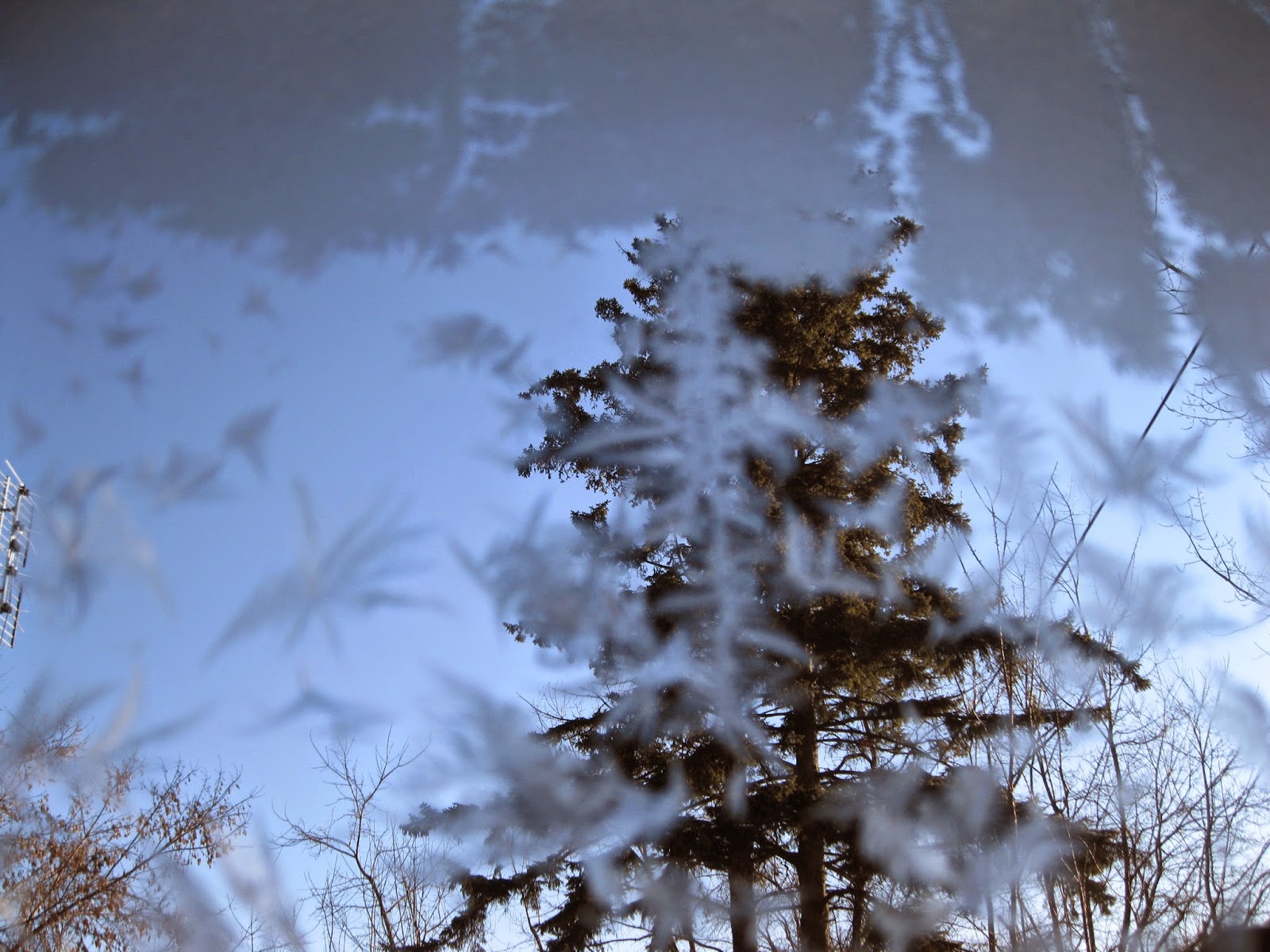 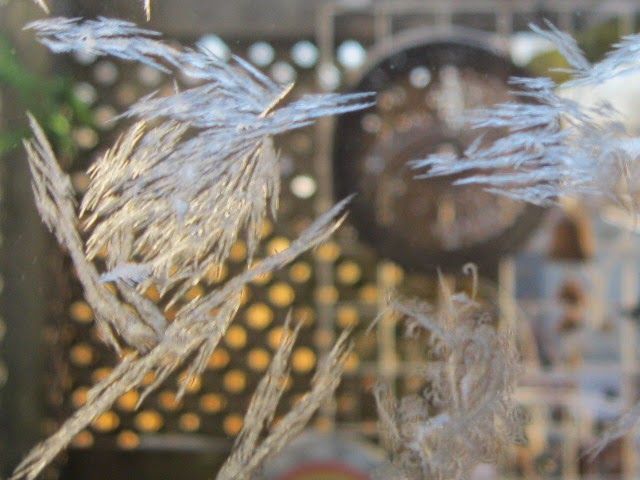 muy lindo, si?
always important to focus on the beauty of the world, but i still will be out for the march against Monsanto in May, because you can't do nothing about the bad people.
and on Friday January 16, 2015 we (the band and I) will be doing a live concert of my own songs at Canoe FM's Radio Hall in Haliburton Ontario 7pm.  The evening will then be broadcast a couple of weeks later.  Check www.canoefm.com for details
Posted by bluesinger at 12:52 PM No comments:

I have to say that this is a horrible world when morons of the type that murder in the name of a "god"  (which is not a god at all - just something created by feeble-minded control freaks and evil miscreants who have no connection to anything 'divine' or true) - when those pitiful specimens run amok in the world and kill anyone who dares not to think as they do, well then, it is a horrible world.

But fortunately, there are people who have some intelligence and some awareness, and who realize that even though there are many wrongs in this world, those wrongs don't give anyone licence to just strike out and attempt to eliminate others.  And fortunately, there are still many many people in this world who are actually good, and who will get out there and work to improve lives, not end them. In fact, those murderers don't even do their own dirty work, but use impressionable youth to do it for them.

No "religion" is worth anything if it condones hatred and murder like the ones that occurred yesterday in Paris. People who believe that crap aren't worth piss.

﻿
﻿﻿ And now, although it seems a bit shallow in light of the above, here's my own little world in some recent photos, in which I try, with music, to create a few "good vibrations":

Posted by bluesinger at 9:35 AM No comments:

and to all a goodnight.
no, that's Christmas.
it's such a blur of fun and festivities, but i haven't got the photos yet of the recording studios and the get-togethers and the gigs.  soon.....
meanwhile, get ready to come out to Hugh's Room on July 29 for the big birthday bash and CD release.  It's gonna be great!
Posted by bluesinger at 3:20 PM No comments: