hippy birthday to you

big long weekend just finished, for those who celebrate Queen Victoria's birthday. got out to the lakefront with a whole bunch of other torontonians. Vicki must be plenty old by now, and i bet she can't do the hula hoop, like i did..... and it didn't take too long to get the 'swing' of it, did it?
lotsa fun with my wee friend, who is quite the expert. it's so great to have summer fun starting, ridin' my bike, enjoying the sun. just ridin' and rollin', that's me.

Posted by bluesinger at 11:20 AM No comments: 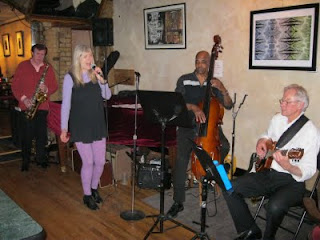 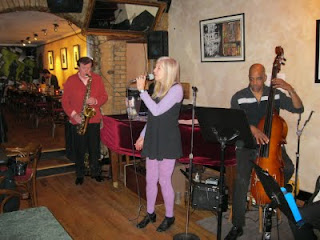 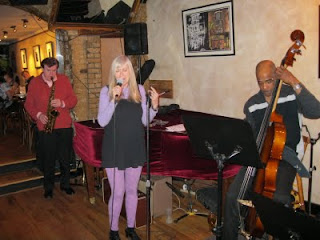 not for a long time, and there's nothing but rain coming our way. still, no floods, or hurricanes, or tornados, so i'm grateful for that.

some pics from the gig on sunday: Mike Allen, guitar; John Deehan, sax; and Ron Johnston, bass.
Posted by bluesinger at 12:19 PM No comments:

and next sunday, too 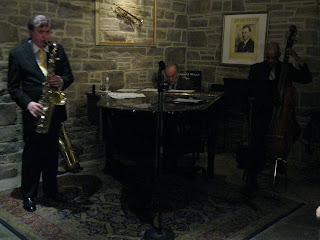 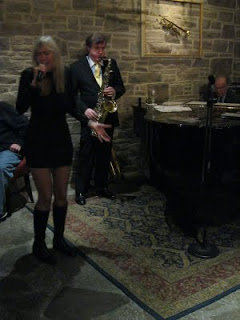 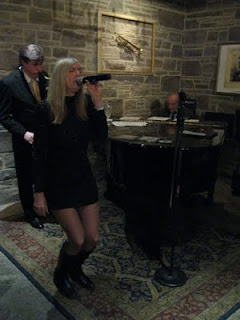 so it's a lovely tuesday, sunny and all that. we had a great night at the Old Mill in Toronto; great audience and lots of good music. thanks to all who came out.

and this Sunday, May 15, we will be at Gate 403, on Roncesvalles ave., 9-12midnight. more good tunes, and my guys there again, but mike allen will be playing guitar, instead of norm on piano.

hope to see y'all. 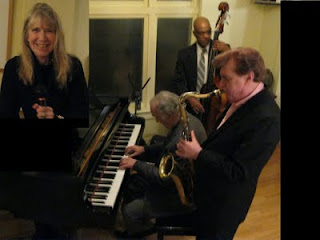 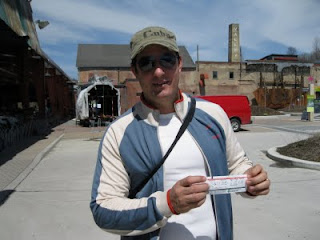 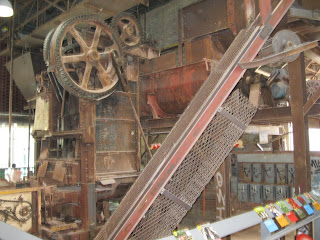 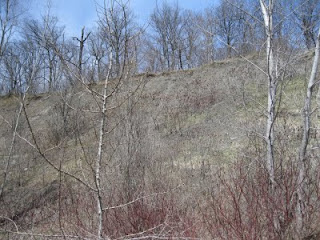 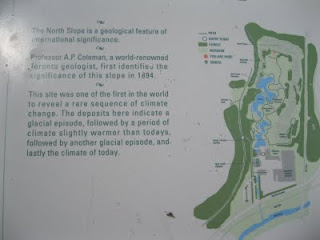 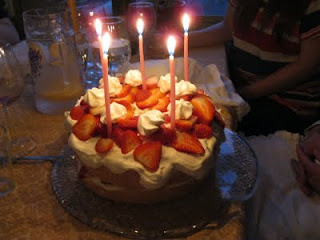 Just couldn't let that world view have precedence for me. i must speak of important things. Like earth day which was a little over a week ago (i've had a lousy cold for the past week, so haven't updated).
Earth Day, 2011: I grabbed my coat, got my hat, and left my worries on my doorstep, then directed my feet to the sunny side of bayview avenue and the toronto brick works, where a celebration of the earth was in progress. i ran off in such haste that i didn't even take my moneybag, but i was rich as rockefeller, right? except that when i got to the parking machine, it wouldn't take all that gold dust at my feet.
So there I was, swearing out loud, when a lovely, generous and kind man overheard me and offered to pay for my car to wait for me (it was too far to walk or bike). I was most grateful and have a photo of this anonymous donor for all the world to see. Thank you, good person.
And some other random photos from that day, including the 'north slope',its importance on a public board, and the brick machine from the original brickworks of the city.
then a photo of the cake that myself and friends ate that night in celebration of a birthday on earthday. If you love the earth, listen to my song "Bloomin' Blues" on youtube.
Posted by bluesinger at 12:21 PM No comments:

the Canadian election (or derelection) 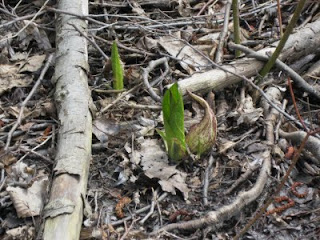 It's called skunk cabbage; it stinks; and it's growing here.

Quelle depression. It is, 'ow you say, very depressing.

That awful man, who doesn't care a fig about the rules of democracy (3 shutdowns of parliament to avoid answering questions to his government); withholding of important documents (illegally); closing of women's programs; no funding for justice groups. No policies for climate control. Support for corporations and privatization (corporate groups again). He gets elected again.
I guess Canadians really don't give a shit about honesty or environment or peace or regular working people. Those folks out in BC who elected the wonderfully intelligent Elizabeth May, and those marvelous gritty quebeckers who turfed the dry liberals and the bloc for a vibrant new vision with Jack Layton et al – those dear folks excepted, of course. They have some brains, it's obvious.
All praise to those new faces and clear voices who will be there, paid, and representing us in parliament; and thank god they have no experience – there are too many old farts in there now who are corrupted by the system that has been hopelessly unbalanced and short-sighted, who don't really understand that there is more to life than 'men in control' – militaristic and patriarchist and power-panting stalwarts, so many of them; people who just don't get it.
I know we need jobs, i know we need stability; i know we need common ground, but we also need true representation of all people, based on values that are important to us. Not political correctness for the sake of it alone, but truly listening to the voices of all.

Oh well. Four more years of his zombie group (he doesn't allow them to speak on their own, as we all know – only what 'daddy' has decided). It's embarrassing to have that as 'leadership', and a huge regression. Let us pray to the true spirits of human potential and love, and that is not a god of any stripe, just an idea and ideal that lives within those who dare to really think and seek justice.
Posted by bluesinger at 12:12 PM No comments: