LIVING WITH THE SNAKE

All the old, scary stories from the stupid (man-made) Bible – that so-called ‘sacred’ collection of thoughts – in reality, just the result of wars between power-hungry men, as usual, fighting to see whose version of history will be the one to rule the world.  And amongst the stories, the snake, (the ultimate symbol of the male member?) – slithering its way in and around all our lives and dreams – bringing us to ruin and regret.


Well, if you believe that, you’ll believe anything.


They always say that our world is created by our thoughts, and that one I do believe, but man, or should I say, woman!, it is hard to maintain one’s vision in the insane and shoving world that is out there.  You have to be a sort of bully, in a nice way, of course, - in the accepted, sly, and clever way of market advertising and politicians, to ensure your success.


I am capable of wanting, even pushing, my way at times, but in general, I’m much too filled with the self-effacing doubts and strictures that were taught to me. I tend to hide my thoughts and wishes, to avoid their being squashed by others, which too often has been my experience. The loud voices, in particular the mocking ones, can easily defeat me.  Suffice to say, the voices that I heard in my past are internalized to a fairly high level, although I have learned, after much sorrow, to listen more to myself and my own way. But it’s always a battle, and in the end, isolating myself is still the best defence. Remove yourself from competition, from sight even, and no one can smack you down.


Unfortunately, the isolation has its own ache. Isolation and the obedience to the rules of common sense, which seem to have lost their sway in the general population. Why pay your bills on time? Why try to live within your means? Why read or write or think to improve the world? Why seek knowledge? Why eat or grow healthily, or support that policy? These days seem to encourage goals of having everything all at once and damn the consequences.  Die in debt, declare bankruptcy, fill your body and mind with shit and let everyone else pick up the pieces.


It’s obvious the snake has done its work in me.  Today I’m not too capable of rising above the mess. The snake has entered me and left its poison and now it curls its way to my organs and blood, and sucks my life, which after all is my mind’s vision of a sweeter and more joyful existence. It sucks it and mangles it into an evil substance which infects my soul and saddens me so that I lose my vision completely. So that I resent the seeming happiness and carefree irresponsibility of others; the togetherness of families that a society focused on material gluttony and wastefulness encourages.

“Here I sit a-sewing, in my little housie; nobody comes to see me, except my little mousie”.


Or perhaps that’s just me. Today.


I must remember, after all, - (Scarlett), - tomorrow is another day.

“So rise, Sally, rise; and shut both your eyes;

Creativity comes in many guises, including negativity.  I'm sure the next post will be jolly, and filled with pretty pictures. 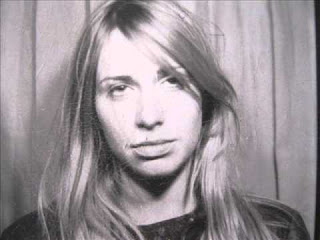 Posted by bluesinger at 1:45 PM