Broken dreams in Sicily
Broken bones in leg and knee
Broken streets with holes that are uncovered.....

You know the tune 'silent nights with my guitar'.  that's the melody.

And yes, they left a drainage ditch with just one little part not covered by the grills that were over the rest of it, and down I went.  And crack went the bone.
Now, many many euros later for a last-minute direct flight home, it's a pain, but I'll live.

While I was still in Sicily, however, the man who ran the B&B where I stayed was an angel, a veritable saviour, who helped me in everything and organized so much for me - I can't thank him enough, but I have written a song about him and his help that will be on youtube soon.
Watch for "Francesco Superman" - in Italian with English subtitles. 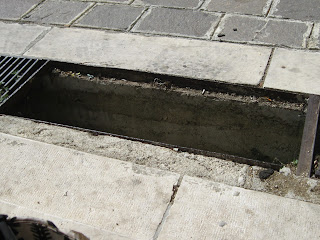 me in the Helsinki airport just on my way to Rome: 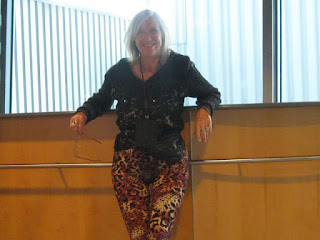 I will post more photos of Italy, but here I am suddenly back in Toronto, trying to keep my leg in circulation: 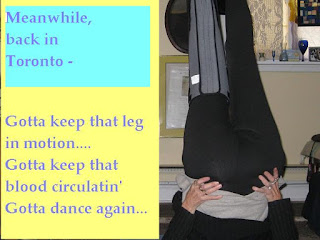 and finally, feeling great in the local park, and being just a little daring with my crutch and cane: 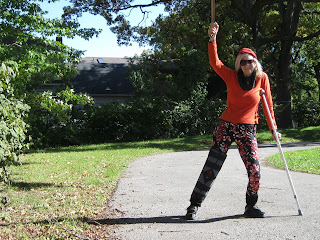 Really?  A lot of times I feel like this instead: 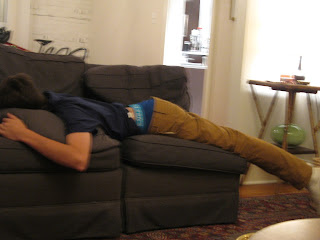 This is actually a good position, if the legs were just a little more down; the hip joint right on the edge of the sofa - for the shiatsu master electric rolling massage thing that I bought at a home show many years ago and never use.  Now it does its magic on the poor sacroiliac joint which doesn't get the movement it needs what with the leg in the thing it's in.
Gate 403, Roncesvalles Avenue, Friday, October 23.  9pm. I will be there.  I will sing.
I will probably collapse early.
Posted by bluesinger at 1:09 PM